“Natasha and Joe always knew that they wanted to elope in the mountains and had their hearts set on creating a majestic Rocky Mountain wedding experience for just the two of them and their Samoyed puppy, Maddie. Being adventurous, outdoor enthusiasts from Squamish, British Columbia, the couple chose to embrace the elements and hike somewhere deep into the backcountry to say their private vows at sunrise. Their wedding day happened to land on the Perseid meteor shower which was a phenomenal event of burning stars shooting across the sky, all morning long. Once the couple had reached their destination, Natasha changed into her incredible Galia Lahav Couture gown which sparkled in its very own star pattern, serendipitous to the sky full of stars they saw earlier that morning. By 5:30 am, the sun began to rise over the gigantic rocky peaks with a splash of pink that tore through the sky and lit up the mountains in a way the couple had never seen before. It was a magical morning full of love, gratitude, and laughter. After chasing the morning sun, the couple headed down to a lake for their signing ceremony and champagne toast. Natasha changed into a long sleeve silk dress, paired with the most beautiful bouquet of dried pink flowers. Her bouquet was decorated with a string of photo charms, tributing her late father, mother and late grandparents on their own wedding days. Although her family was not able to be there in person, it was important for Natasha to have them walk her down the aisle, specifically her father who passed away a few years prior. Their officiant, Klaus, met them with a big smile and performed their legal ceremony with the mountain ridge that they had climbed up earlier that morning in the background. Their puppy, Maddie was their flower girl and their photographers, Andrew and Bec from Willow and Wolf Photography, were their two witnesses. The newlyweds could not have asked for a more perfect day and were so happy to live out their dream elopement.”

The Bride’s Planning Guide to a perfect Rocky Mountain Wedding 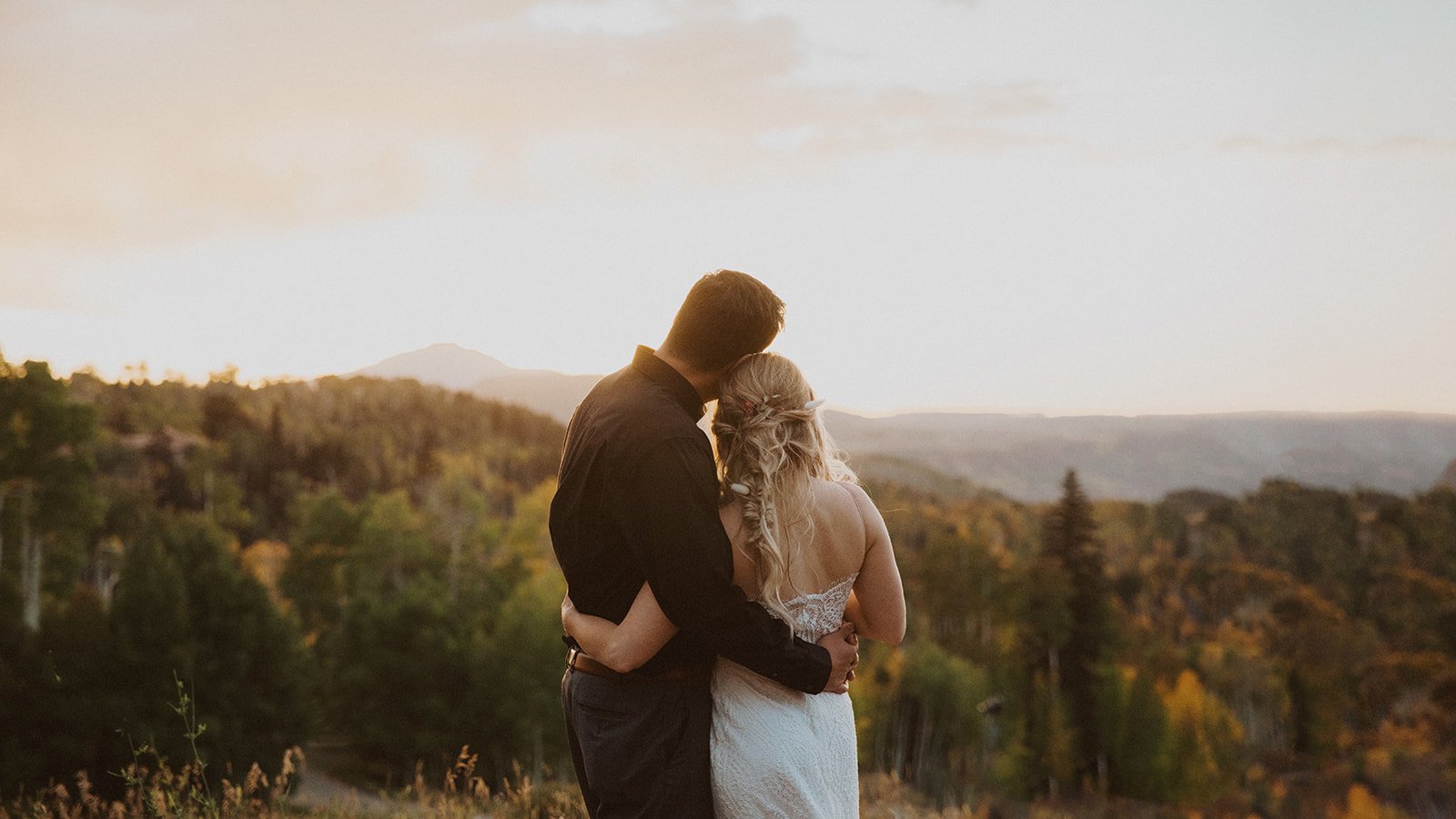