MONUMENT • Another post-pandemic Fourth of July has paraded into Tri-Lakes region history, this time with growth of both festivities, patrons and excitement.

The towns of Monument and Palmer Lake each held Fourth of July celebrations on July 4, during which multiple volunteers and organizations brought together to a sea of patrons, local and from along the Front Range.

The Monument Hill Kiwanis Fourth of July Parade was kicked off by a two-pass flyover from a C-130 airplane, courtesy of the U.S. Air Force, before 84 parade participants took to the streets of downtown Monument.

“It was a beautiful day weather-wise,” Monument Hill Kiwanis co-chair Mark Zeigler said. “The streets were lined with more spectators than last year.”

Zeigler said the numbers of patrons and the increased number of participants was the most exciting part of the July 4 festivities. Over 50 educators from teachers to support personnel from local schools marched in the parade as the collective Grand Marshals, fitting the parade’s theme of “Honoring Our Educators.”

Also in the parade was a troupe from the Colorado Renaissance Festival, which Zeigler said “put on a show” despite the fact that the troupe is no longer allowed to have exotic animals in parades. In addition, having The Honor Bell as a parade participant also made this year’s route special, he said. The Honor Bell is a group certified by the State of Colorado to ring a bell for fallen soldiers and veterans.

The parade was made possible by the efforts of 70 members of the Monument Hill Kiwanis Club and a joint effort of the Tri-Lakes Chamber of Commerce and the Town of Monument.

The celebration’s street fair, organized by the chamber, had 110 vendors spread out along 2nd and Washington Streets, and was crowded with patrons most of the day, which made for fruitful day for vendors, based on their feedback, said Tri-Lakes Chamber of Commerce President and CEO Terri Hayes.

“The mix was very different than in past years, with many first-time attendees showing off their unusual products or services,” Hayes said. “The family-friendly beer garden was very busy, with music lovers enjoying a great day in the sun. We are thankful the rain stayed away. We were very happy to see the normal crowds back.”

Despite a larger turnout over last year, Hayes feels the amount of patrons didn’t quite break the attendance of 2019, which was the celebration’s most heavily attended, she said. She believes this is because Independence Day landed on a Monday this year, and most people chose to stay local for their celebrations, knowing work was awaiting them the next day.

The Town of Monument had a booth in the street fair and the music in the park, which the town organized, was well received, said Portia Herman, Monument communication and event specialist.

“We received lots of great feedback from attendees, saying the music was fun and they enjoyed spending time as a community celebrating,” Herman said. Bands this year were Monument-based WireWood Station, and Collective Groove from Colorado Springs.

New to the celebration was the Lewis-Palmer School District’s festivities at its “Big Red” administration building downtown. Mark Belcher, District 38 communications director, said D38 received overwhelmingly positive feedback from the community. He noted that thousands participated in the district’s portion of the celebration.

“Parents were grateful for having numerous free activities for their families to participate in, and the smiles we saw on the faces of children at the event spoke volumes,” Belcher said.

Part of D38’s strategic plan is building relationships through communicating with the community stakeholders. The district’s participation this year is a manifestation of its commitment to that goal, Belcher said. He credited the success of their portion of the celebration to the volunteers and staff members for helping bring the event to life, as well as the district’s partnerships with the chamber and Kiwanis Club.

Later in the day on July 4, the Town of Palmer Lake ramped up its celebration with the Festival on the Fourth, which festival director Cindy Graff-Kuchinsky called a “perfect and spectacular event.”

The main event was the fireworks display, which Graff-Kuchinsky said had a large question mark hovering over it up until the morning of the festival. She said organizers were 99% sure the fireworks would not have been able to go off given the recent dryness in the region, but thanks to a rainfall the weekend prior, they capped off the day.

“Everyone got stoked when we thought we’d be able to have them,” Graff-Kuchinsky said. “The weather stayed perfect for us.”

As for challenges to the Palmer Lake event, outside of funding, it was the usual three aspects which didn’t make things easy for event organizers, she said.

“You can never have enough duct tape, zip ties and volunteers for an event of this magnitude,” Graff-Kuchinsky said. “It’s very hard to get volunteers. I understand it; it’s very hard work. We can never get enough.”

While this year’s celebration had new features like a dunk tank with Mayor Bill Bass, a larger beer garden, a hole-in-one disc golf tournament and additional activities for children, Graff-Kuchinsky said new ideas for next year are already being discussed.

One of Graff-Kuchinsky’s favorite moments of the day was when Tech. Sgt. Serenity Holloway of the U.S. Air Force Blue Delta Band, which performed at the celebration, sang the national anthem and fortuitously finished her solo just as the fireworks display began.

“It was an amazing fireworks display,” the festival director said. “I still think we have the best small-town fireworks in America.”

Wed Jul 13 , 2022
Laurie and Chris hosted their intimate Berkshire Botanical Garden wedding in June. We’ve heard wonderful things about this venue and thanks to these two newlyweds for officially introducing us to this hidden gem. Although there was record heat for their mid-June wedding day, Laurie and Chris didn’t once complain about […] 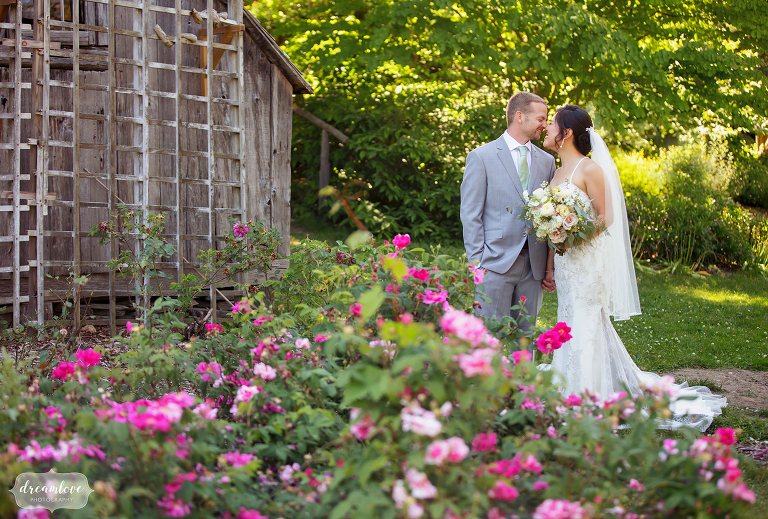 Mother of the Bride Dresses for Different Body Types