Two doctors. A receptionist. A patient. Those were the victims of the Tulsa medical center mass shooting.

Michael Louis was named as the suspect who shot and killed four people in a mass shooting at St. Francis Hospital in Tulsa, Oklahoma.

The suspect is also deceased.

One of the victims, Dr. Preston Phillips, was the target of the gunman.

In a news conference, police named the victims as Phillips, Amanda Glenn, William Love, and Dr. Stephanie Husen. Tulsa Police Chief Wendell Franklin said one victim was a receptionist (Glenn), one was a patient (Love), and two were doctors. “They stood in the way, and Louis gunned them down,” he said.

The mass shooting comes as the nation reels from mass shootings at an elementary school in Uvalde, Texas, and a grocery store in Buffalo, New York.

They died caring for others and in the line of duty, a hospital official said of the victims.

Here’s what you need to know about the victims:

Phillips’ hospital bio says, “Dr. Phillips is a board-certified orthopedic surgeon with an interest in spinal surgery, joint reconstruction – including joint replacement and the treatment of fractures.”

Tributes flowed for him on social media. “Dr. Phillips was a wonderful, gentle, kind person with an infectious smile and kind word for everyone. I ran into him on the courts just a week or two ago. He never fails to look you in the eye and give you a bright, genuine smile and warm greeting. His words are always kind and encouraging. He was a true gentleman in every respect both on and off the courts,” wrote one woman.

Another woman wrote, “This man was the most amazing man I’ve ever had the pleasure to meet and work with. His hugs were strong and warm. As was his heart. I hugged him two times yesterday, not knowing those would be the last hugs I’d ever get. When I was pregnant with my son, he called me ‘Pasta Sauce,’ referring to Prego 😂! He would say ‘We can’t shoot x-rays yet until Pasta Sauce gets behind the shield!’ Oh how it made me laugh 😂…He was so thoughtful and caring and I will miss him dearly. My thoughts and prayers are with his beautiful wife and their children. R.I.P. Dr. Phillips, until we meet again. 💕”

Another woman wrote, “Dr. Preston Phillips MD- wonderful physician, surgeon, father, and husband. He was a kind, gentle, warming soul that could put you at ease with his smile. He gave so much to the community and north Tulsa. He volunteered time as the board of directors at the John Hope Franklin Reconciliation Center in the Greenwood area. One of the brightest physicians I have had the pleasure to know, graduating from Harvard Medical School and serving patients for over 20 years.”

Phillips was found deceased in an exam room. Police found a letter explaining the shooter’s motive. On May 19, Michael Louis went into the hospital for a back surgery. The physician was Phillips. Louis was released on May 24, Tulsa Police Chief Wendell Franklin said in the news conference. Louis called over several days complaining of pain and wanting additional treatment. On May 31, Phillips saw Louis again for additional treatment.

“He blamed Dr. Phillips for the ongoing pain following the surgery,” Franklin said.

Dr. Preston Phillips, MD was an Orthopedic Surgery Specialist in Tulsa, OKlahoma, according to Health Grades.

Jim Massengill, the brother of victim Amanda Glenn, wrote on Facebook, “I haven’t really came up with the words yet… I honestly have no idea what to say because I’ve been hysterically crying since I found out. But my sister Amanda Glenn was killed in the hospital shooting yesterday… more than me, her Husband and Children need all the love and support everyone can give them… my sister was one of the most kind and caring individuals to ever live… I wish I had more to say… but I’m still in complete shock.”

On Facebook, Glenn filled her page with pictures with her husband and kids. Her profile reads, “Wife to an amazing husband 💕Boymom✌ Loves baseball ⚾And soccer ⚽.”

The police chief said that Love was a hero; he held a door closed so that someone else could escape before he was shot.

“William Love did not work for Saint Francis… he was on the second floor of the Natalie Building with a patient. Tulsa Police Chief Wendell Franklin says Love held a door closed to allow someone to escape out of another door. Franklin says Michael Louis shot Love and while efforts were made to save him, Love did not survive,” wrote journalist Tess Maune on Facebook.

She shared the above photo and wrote, “Wade’s RV shared this picture with me… and says Love and his wife had just bought an RV from them a few weeks ago. The workers there said the couple was amazing.”

Husen wrote on Facebook that she worked at Warren Clinic Orthopedic Surgery & Sports Medicine, studied at OSU Center for Health Sciences and the University of Oklahoma, lived in Tulsa, and was from Ponce City, Oklahoma. She filled her page with pictures with family, friends and dogs.

A friend wrote on Facebook, “… we choose to not believe it until confirmed. A beautiful person’s life was cut short yesterday because of a senseless act. Steph Stephanie Husen was kind, fun and knew how to plan one heck of a party weather it was for graduation or a swim party at a wedding. Fly high Steph, you will be missed!”

READ NEXT: Kaitlin Armstrong: Texas Woman Sought in Murder of Pro Cyclist Who Had Dated Her Boyfriend

How to Use Cold Sparkler Machines at Wedding?

Fri Jun 3 , 2022
Weddings are the best party to go all out on decorations. They depart a unforgettable perception on your company and give you an fantastic background for wedding ceremony pics. But do you feel like you’re lacking that “wow” element? If so, then a cold sparkler device can be an best […] 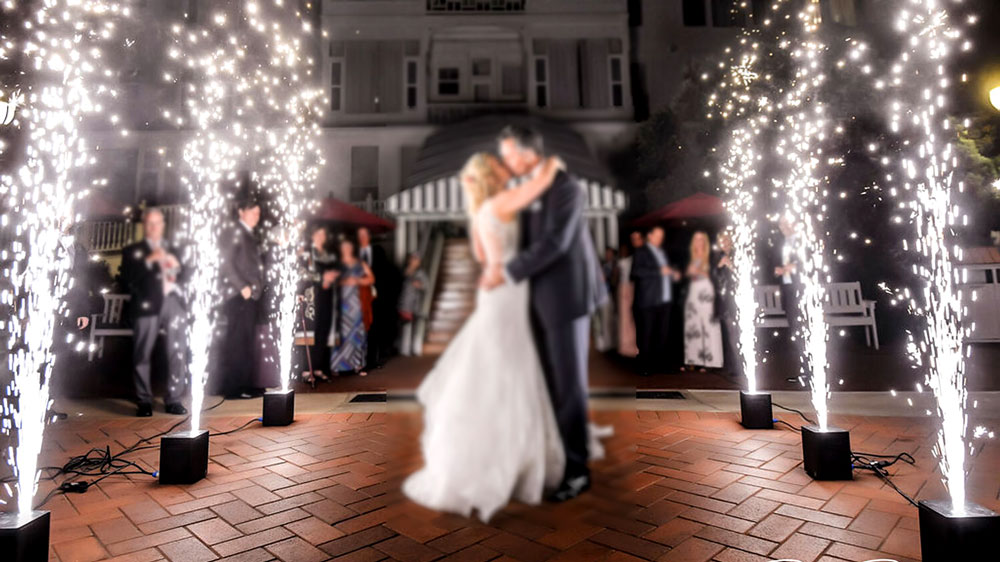