Netflix’s new animated epic The Sea Beast features a small cast of voice actors, including many who have previously appeared in major live-action movies and TV series. The Sea Beast takes place in a world where pirate-like Hunters are the stuff of legend, commissioned by The Crown to track down and slay gigantic sea monsters that roam the depths. Young orphan Maisie Brumble and Jacob Holland, the adopted son of fabled Captain Crow, embark on a journey across the ocean that defies expectations at every turn, challenging the very construct of monsters, Hunters, and the empire they unwittingly helped expand with their never-ending war.

SCREENRANT VIDEO OF THE DAY

The Sea Beast was rather quietly released by Netflix Animation on July 8 following a very limited theatrical run (likely designed to allow the film to qualify for Oscar consideration). The film was produced by Netflix’s own in-house animation studio, which has been responsible for a string of equally quiet but well-received movies in recent years, including Klaus, Arlo the Aligator Boy, and Richard Linklater’s Apollo 10 1/2: A Space Age Childhood. Chosen to direct was long-time Disney name Chris Williams, who worked on the stories for the original animated Mulan and The Emporer’s New Groove, before going on to co-direct Bolt, Big Hero 6, and Moana for the studio.

While The Sea Beast has not been as heavily promoted as other 2022 animated movies like Lightyear or Minions: The Rise of Gru, it is receiving overwhelmingly positive reviews from critics thanks to its subversive storytelling and a small but great cast of characters. Netflix Animation struck a balance between big names, veteran acts, and unknown up-and-coming actors with The Sea Beast‘s cast, led primarily by Karl Urban and Zaris-Angel Hator, among others. Here’s every notable character from The Sea Beast and what their voice actor looks like in real life.

Maisie Brumble is The Sea Beast‘s fearless and self-assured young protagonist. She comes from a long line of Hunters, and her parents fell in battle aboard The Monarch—the noblest death a Hunter can ask for—leaving her a determined orphan yearning to explore the open seas in this animated Netflix adventure. Maisie voice actor Zaris-Angel Hator is a relative newcomer to the big and small screen, instead getting her start as Matilda in the West End production of Matilda the Musical. She recently played one of Dr. Michael Morbius’s patients in Sony’s Morbius movie.

The adopted son of the famous Captain Crow, Jacob Holland is the strong-chinned, lawfully good future Captain of The Inevitable. After a battle at sea goes terribly wrong, Jacob and stowaway Maisie find themselves swallowed whole by a giant sea creature (who Maisie affectionately refers to as Red), and have to make their way home across the dangerous open ocean. Jacob is voiced by Karl Urban, who is best known for his roles as Dr. Leonard “Bones” McCoy in the modern Star Trek film franchise, Eomer of Rohan in the Lord of the Rings trilogy, and Billy Butcher in Amazon’s The Boys.

History books have been written about the legendary Hunter and captain of The Inevitable, Agustus Crow III. While deep inside Captain Crow is still a good man, he’s also been corrupted by a 30-year vendetta to capture a giant sea beast known as the Red Bluster. While he still has the respect of his crew, that quest for vengeance causes him to make the wrong decison more often than not. Crow is voiced by veteran actor Jared Harris, known for his many roles including Valery Legasov in the HBO miniseries Chernobyl, King George VI in The Crown, and Lane Pryce in Mad Men.

Known to the story books as the most loyal first mate in Hunter history, Sarah Sharpe is a force to be reckoned with in battle, deftly weilding a sword and pistol in battle. She is a big inspiration for the young Maisie, providing the stowaway her first blade instead of rejecting her presence aboard The Inevitable. Sarah Sharpe is voiced by Marianne Jean-Baptiste, who received an Oscar nomination for Best Supporting Actress for her role in Secrets & Lies. She has also appeared in the 2014 RoboCop reboot, Broadchurch, and was a series regular on Without a Trace for all 7 seasons.

Jim Carter & Doon Mackichan as The King & The Queen – The Sea Beast‘s King and Queen aren’t given names, fittingly, as the represent a long line of royalty and imperial expansionism. The Crown chooses to stop backing Hunters in favor of their own Royal Navy, kicking off The Sea Beast‘s primary adventure. Jim Carter played Mr. Carson in the hit series Downton Abbey, earning four Primetime Emmy nominations. Doon Mackichan is best known for the British sketch comedy series Smack the Pony.

Dan Stevens as Admiral Hornagold – The pompous leader of The Crown’s Royal Navy and captain of the newly christened (and appropriately named) The Imperator. Admiral Hornagold is voiced by Dan Stevens, who also had a run on Downton Abbey as Matthew Crawley. He has also appeared in the miniseries Sense & Sensibility, as well as the FX series Legion, The Prince, Gaslit, and played the Beast in Disney’s live-action adaption of Beauty and the Beast.

Kathy Burke as Gwen Batterbie – “Them what come see Gwen Batterbie get what they want, but won’t see a good day after.” Gwen Batterbie is the creepy old sea witch in The Sea Beast, who provides Captain Crow with the ultimate weapon to finally take down the Red Bluster—but takes “everything” from those who she does business with. Kathy Burke has been acting since the 1980s, and previously appeared in Tinker Tailor Soldier Spy and the Gary Oldman biopic Sid and Nancy.

Brian T. Delaney as Jim Nicklebones – Captain Jim Nicklebones has a small role in The Sea Beast, as his crew needs saving from a giant sea creature towards the beginning of the film, prompting Captain Crow to temporarily abandon his hunt for the Red Bluster in order to save him and his crew. Brian T. Delaney has done a lot of voice work for video games, TV shows and films, and is the voice of the player characgter in Fallout 4.

Helen Sadler as Ms. Merino – The fiery red head of The Inevitable has disappointingly few lines throughout The Sea Beast, but can be heard yelling orders to the rest of the crew aboard the ship. She also has an expansive voice acting resume, playing the voice of Rey in the Lego Star Wars series, and has also appeared in True Blood and the hit Netflix animation Love, Death & Robots.

Why The MCU Is Completely Reinventing Namor

Michael Killam is a core features editor for Screen Rant covering film and television. He is a former professional wrestling journalist with more than 10 years experience, traveling all around the country and to some of the coolest arenas in the world covering entertainment’s wonderfully bizarre red-headed stepchild. Follow him on Twitter @MikeKillam.

8 Best Side Gigs for People on the East Coast

Sat Jul 9 , 2022
South_company / Getty Images In the U.S., aspect gigs are well-known. According to Aspect Hustle Country, 45% of utilized People in america report possessing a facet hustle, together with 50% of millennials and 40% of Gen Zers. But why are so many individuals trading their totally free time for the […] 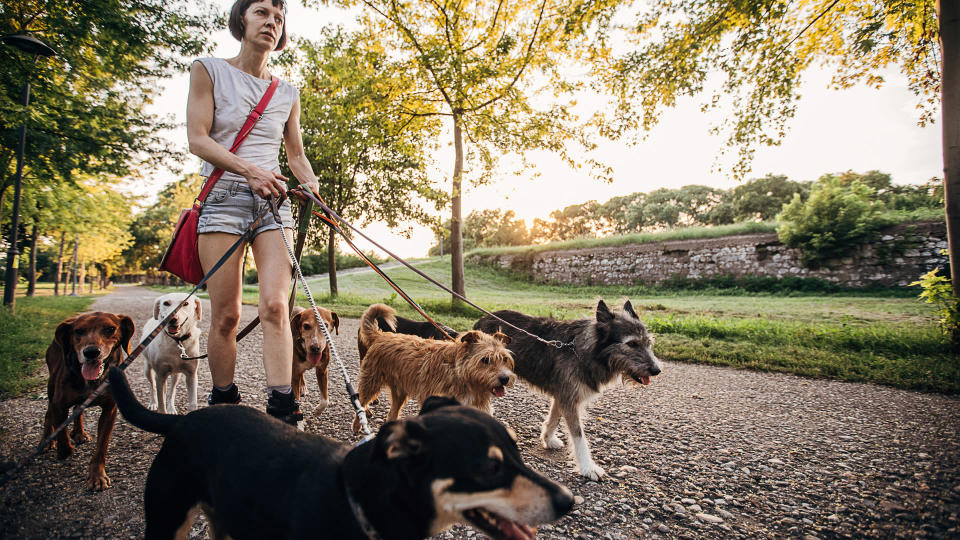