Kelly Severide is about to be officially off the market.

In the season 10 finale of Chicago Fire, Severide (Taylor Kinney) and Stella Kidd (Miranda Rae Mayo) are set to finally tie the knot.

Kidd was newly divorced when she first joined Firehouse 51 and immediately became a love interest for Severide. After several ups and downs, Severide finally proposed in the middle of a fire in season 9.

But wedding planning seemed on hold indefinitely in the first half of season 10 when Kidd went M.I.A. to develop her Girls on Fire program in other cities. When she finally returned, it took a bit for Kidd and Severide to find their groove again. Halfway through the season, however, they’d warmed up once again and Severide re-proposed — with a ring this time.

“All of the ladies in America are going to cry,” Kara Killmer, who plays Sylvie Brett, teases in an exclusive First Look clip from the wedding episode. “He’s taken, ladies!”

Original cast member Jesse Spencer, who left during the show’s 200th episode in October 2021, returns as Matt Casey to stand by Severide’s side on his big day.

“I’m really grateful to be a part of this, Kelly,” Casey says. “You guys are meant to be.”

The cast was thrilled to have Spencer, 43, returning for such an important moment.

“Having this milestone of an episode, having it be our finale, having Jesse Spencer back in the building, I mean, it’s incredible,” says Daniel Kyri, who plays Darren Ritter.

RELATED: Jesse Spencer Departs Chicago Fire After 200 Episodes — but He May Return: ‘A Perfect Full Circle’

“Coming back is great,” says Spencer. “It’s just like, it’s so familiar. It’s so good to see everyone.”

As for the wedding itself, the whole thing is coming together at the last minute, and everyone will be chipping in.

“I feel like people are going to be delighted and touched,” says Killmer.

For Mayo, seeing how Kidd reacts to being a bride has been a delight. She doesn’t even seem bothered by the fact that it’s pouring rain in most of the wedding footage in the clip.

“What’s really fun is that Kidd becomes more and more superstitious,” she says. “People are going to have a lot of fun seeing how into the wedding she gets. Here’s hoping that you enjoy what we have all put together for ya.”

Fri May 27 , 2022
We may receive commission from purchases made via links on this page. Pricing and availability are subject to change. This content is created by a 3rd party partner for Yahoo. Different kinds of artificial flowers Flowers have the magical power to brighten up any dull space — looking out your […] 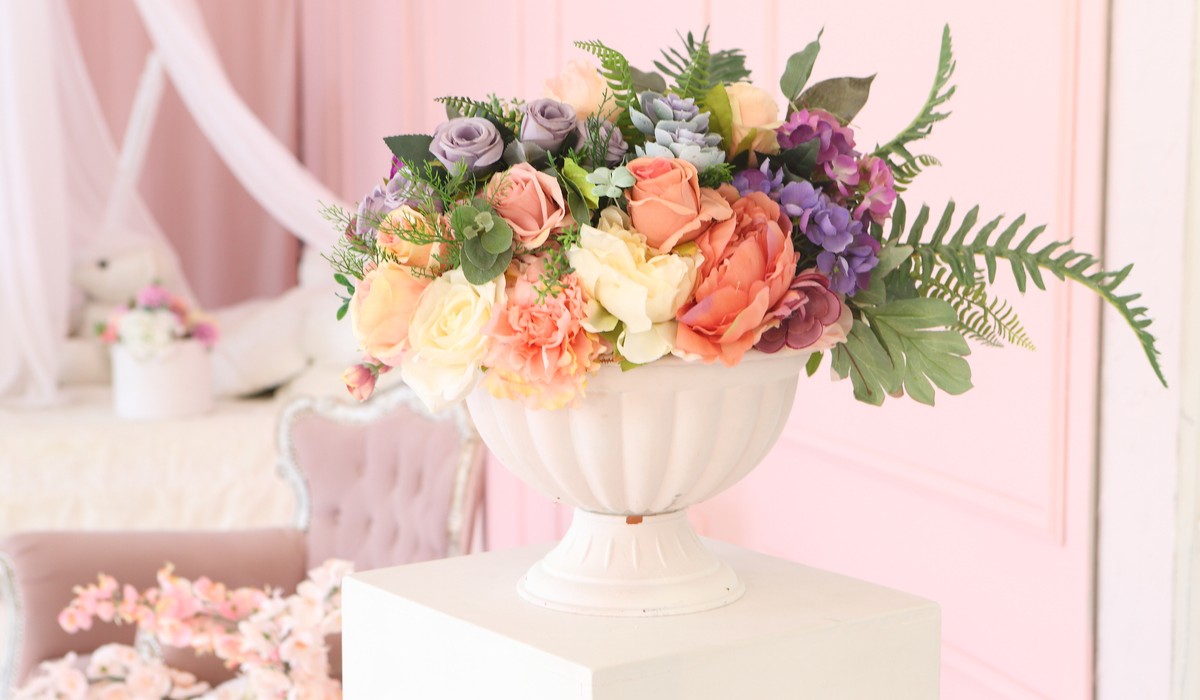