With a voice that is both powerful and angelic, Carrie has cemented herself as a country music legend since her 2005 success on American Idol. With a total of 7 Grammy Awards, Carrie Underwood is a powerhouse singer with a catalog of popular love songs that are perfect for any wedding or party. Here are some of our favorite Carrie Underwood wedding songs and party songs!

Carrie Underwood is a singer, songwriter, and actress. She rose to fame as the winner of the fourth season of American Idol in 2005. Her debut album, Some Hearts, was released in 2005 and is the fastest-selling solo female debut album in country music history. Underwood has since released 7 additional studio albums and has sold more than 66 million records worldwide. She has won seven Grammy Awards, 12 Billboard Music Awards, 16 ACM Awards, and is one of the best-selling artists of all time.

In addition to her musical success, Underwood has also starred in several films and television shows, including The Sound of Music Live!, Soul Surfer, and How I Met Your Mother. 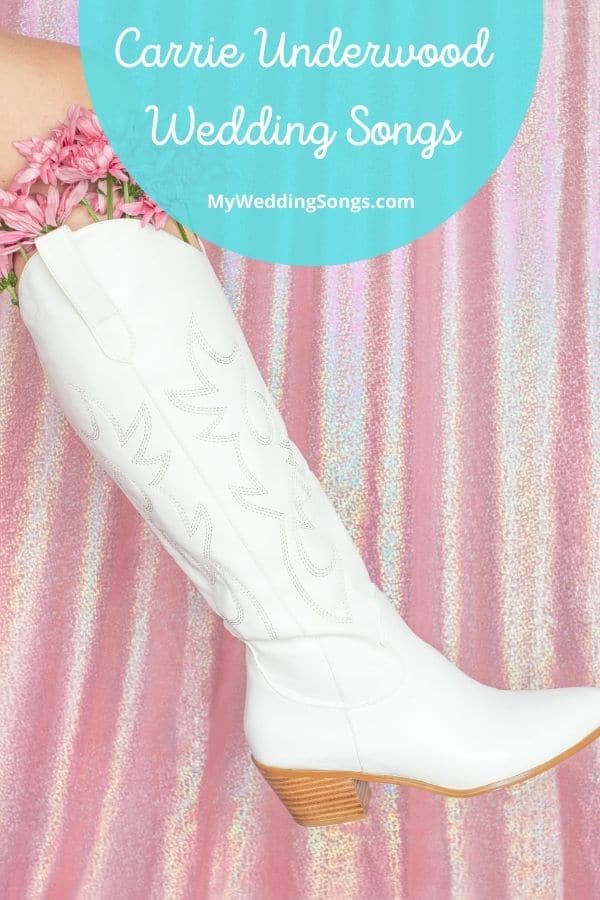 When it comes to Carrie Underwood’s wedding songs, there is no shortage of great options. She has written so many beautiful love songs over the years, and she has a powerful voice that will make your wedding day even more special. In this blog post, we will take a look at some of her best wedding tunes, as well as a few party songs that are sure to get everyone on the dance floor!

My Wedding Songs is a reader-supported website.  As an Amazon Associate, we earn revenue from qualifying purchases. Thanks for stopping by!

Inside Your Heaven
2005, Some Hearts

We can’t talk about Carrie Underwood’s top love songs without mentioning her debut single, “Inside Your Heaven.” In the finale of American Idol Season 4, Carrie performed this song as her coronation single. The ballad is a beautiful ode to falling in love, and it can be the perfect song to walk down the aisle to.

“Heartbeat” is a slower, more intimate song off of Carrie’s most recent album, Storyteller. The song is all about the feeling of being in love and the simple things that make your heart race. If you’re looking for a heartfelt Carrie Underwood wedding song, this is a great choice for a first dance.

If you’re a fan of the movie The Chronicles of Narnia: Voyage of the Dawn Treader, then you might recognize this song. “There’s a Place for Us” is actually the end-credits song from the film, and it is a gorgeous ballad that will give you all the feels. From the sweeping orchestration to Carrie’s powerful vocals, this song is sure to make your wedding day unforgettable.

And now he’s wrapped around her finger
She’s the center of his whole world
And his heart belongs to that sweet little beautiful, wonderful, perfect all-American girl

“All-American Girl” talks about the love of a father for his daughter, but it can also be interpreted as a love song for anyone special in your life. This tune is perfect for a father-daughter dance or any other moment when you want to celebrate the people you love. It’s sentimental, but also upbeat and fun, making it a great choice for any wedding or party.

With its simple acoustic guitar and Carrie’s emotive vocals, “So Small” is a beautiful ballad that will resonate with anyone who has ever been in love. The song is about not allowing the little things to get in the way of a relationship and appreciating the moments you have together. It’s a perfect choice for a wedding day when you want to focus on the love between you and your spouse. It may not be one of Carrie’s more popular songs to use in a party setting, but if you’re looking for a more subdued Carrie Underwood song for your wedding day, this is a great option.

Although not released as a single, “Look at Me” is a hidden gem off of Carrie’s third album, Play On. The song is about being so in love with someone. It’s a sweet and simple song that would be perfect for a wedding day when you want to focus on your spouse. It’s a message of hope and perseverance that can be very relevant on your big day.

Although not originally written by Carrie, she recorded this song as a charity single for Idol Gives Back. The song is a cover of The Pretenders’ 1984 hit, and it is a beautiful ballad about being there for someone no matter what. It’s a perfect choice for a wedding day when you want to show your spouse that you will always be there for them.

What I Never Knew I Always Wanted
2015, Storyteller

I didn’t know there was a hole
Something missing in my soul
‘Til you filled it up, oh, with your love

Arguably one of Underwood’s best love songs, “What I Never Knew I Always Wanted” is a beautiful ballad off of Storyteller. In an interview with People magazine, Carrie said that the song is about the person who comes into your life and just completely turns it upside down and changes everything.
“I never dreamt of my wedding day and the perfect guy. Then I met Mike, and I was like, ‘Wow, so now I know what I was missing,’” she said.
This song is a perfect choice for a wedding day when you want to celebrate finding the love of your life and enjoying the little moments that make up your relationship.

Of course, not to leave out all the mothers out there, Carrie also has a beautiful song called “Mama’s Song.” The song is about a daughter telling her mother about how she’s found the love of her life and reassuring her that she will be treated right. It’s a perfect choice for a mother-daughter dance or any moment when you want to celebrate the women in your life who have helped make you the person you are today.

An upbeat duet with Keith Urban, “The Fighter” is a perfect choice for a wedding day as a message of hope and resilience. The song is about fighting for love and not giving up even when the going gets tough. It’s a perfect choice to signify the commitment you and your spouse are making to each other on your wedding day. Not to mention, it’s a fun song to dance to!

Do you have a favorite Carrie Underwood love song? Please share your song below and why it is special to you.

Mon Apr 18 , 2022
Dua Lipa is one of the hottest young pop stars on the planet, and her music is perfect for any wedding or party. Whether you’re looking for something to get everyone dancing or just want a beautiful ballad to set the mood, Dua Lipa has a song for you. Here […] 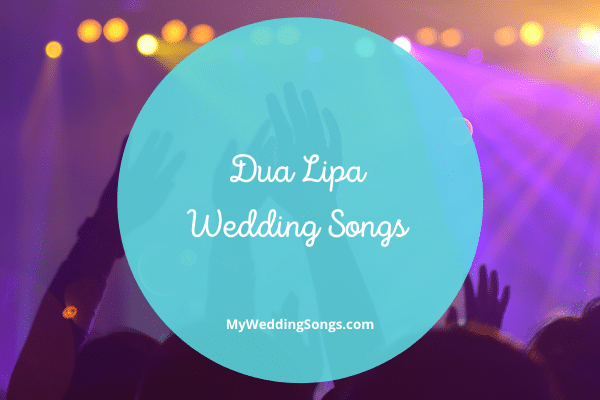